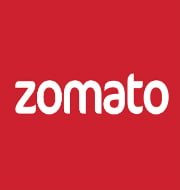 India’s online restaurant search and discovery service provider Zomato has announced the acquisition of Turkey’s restaurant search company Mekanist.
With this acquisition, Zomato has increased its coverage from about 27,500 restaurants in Istanbul and Ankara to more than 50,000 restaurants across Turkey.
Now, Mekanist’s traffic and restaurant-related content will be shifted to Zomato. While, Turkish restaurants now will be able to make use of Zomato’s hyperlocal advertising model to reach out to target customers.
Over the past year, Zomato has acquired five restaurant search players in New Zealand, Poland, Czech Republic, Slovakia and Italy.
Earlier in January 2015, it had taken over Urbanspoon for about $52 million, which enabled Zomato to enter US and Australian markets.
About Zomato
It was founded in 2008. Since, then it has expanded to global market on its own. At present it has its presence in India and 21 other countries.
Zomato’s founder is Deepinder Goyal and he is current CEO. Its Headquarter is in New Delhi.