What is Narrow Band IoT Network? 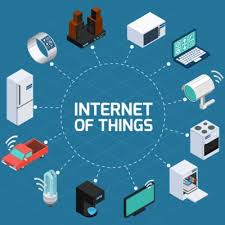 On December 10, 2020, BSNL in partnership with the Skylo announced the world’s first satellite based Narrow Band Internet of Things network in India. This is to bring a breakthrough in satellite based narrowband internet of things technology. It will also help in in achieving the targets of Digital India mission helping farmers, fishermen, meaning, construction and Logistic Enterprises in India.

This Made in India solution will connect the BSNL satellite ground infrastructure including the Indian seas. This has been introduced under the vision of BSNL to leverage technology to provide innovative and affordable telecom services. Apart from these, NB-IoT is highly supporting 5G network.

What is Narrow Band Internet of Things (NB-IoT)?

It is a Low Power Wide Area (LPWA) technology that was developed to enable wide range of new internet of things devices. It mainly improves the power consumption of the devices, spectrum efficiency and system capacity. Under this technology battery life of more than 10 years can be achieved in devices.

The technology is highly affordable to connect two vehicles and other IoT devices.

The channels and physical layer signals in the technology are designed to meet the requirements of extended coverage, especially in deep in doors and rural areas. It is much simpler than that of the GPRS or GSM Technologies.

It is to be noted that Nokia recently began its production of 5G NR Equipment in India. This says that India is taking every step to increase internet connectivity in the country by widening its innovative solutions.

The GSM was developed to describe the protocols of 2G digital cellular networks. It was first implemented in Finland in 1991. In 2010s, it became a global standard for mobile communications achieving more than 90% market share.

The GPRS is mobile data standard launched for 2G and 3G cellular networks. Both GSM and GPRS were established by European Telecommunications Standards Institute.

The NB-IoT can coexist with 2G, 3G and 4G mobile networks.