What is Karakoram Anomaly? 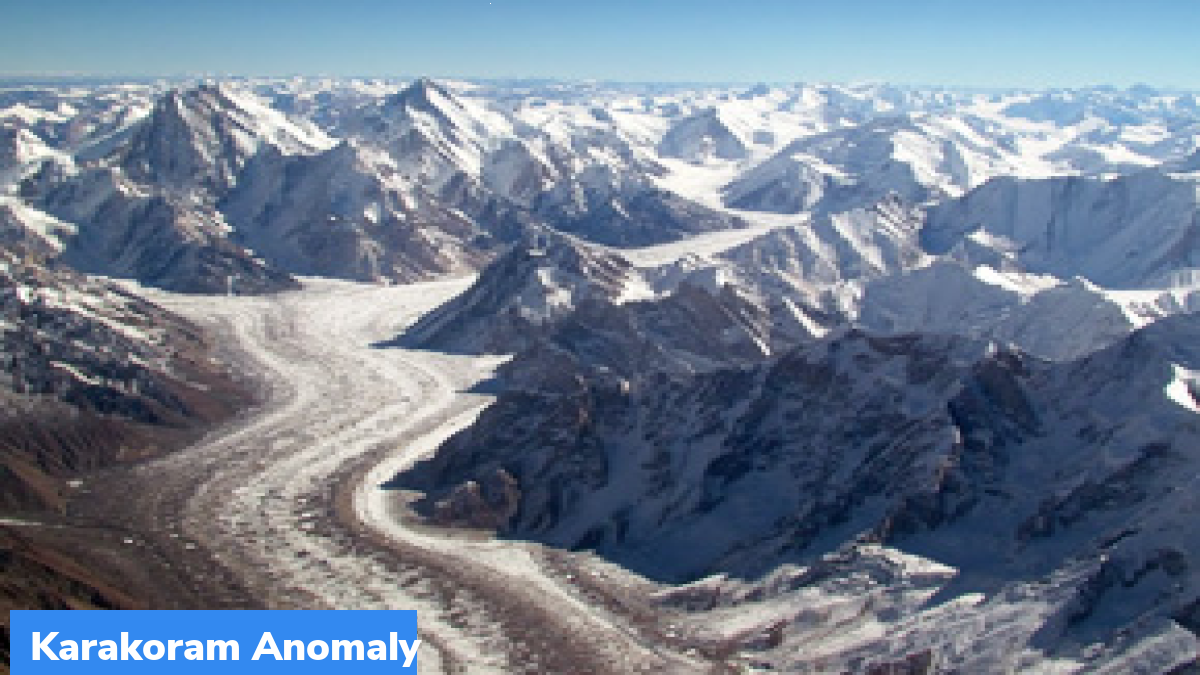 Recently, Researchers unravelled why some areas of glaciers in the Karakoram Range are going against the worldwide trend of glacial melt due to climate change.

In India, Himalayan glaciers are very significant, specifically for people living downstream. They depend on perennial rivers for daily water needs. However, due to global warming and climate change, the water bodies are rapidly disappearing. On the other hand, glaciers in central Karakoram have remained the same. In fact, they have risen slightly in past few decades. This phenomenon is restricted to a relatively small area. Apart from Karakoram range, similar or comparable phenomenon can be witnessed from Kunlun ranges.

About the New Study

Recently, a study was published in American meteorological Society’s Journal of Climate, explaining about the unusual pattern in Karakoram range. Researchers are claiming that, revival of western disturbances is the main factor of triggering and sustaining Karakoram Anomaly since the 21st century started. For the first time, this research brought forth the significance that increased Western disturbances precipitation during accumulation period modulates the regional climatic anomalies.

The Karakoram Range is located in Kashmir, spreading across the borders of Pakistan, China, and India. In northwest, it spreads to Afghanistan and Tajikistan. Most part of the Karakoram Mountain range lies in Gilgit-Baltistan, the region controlled by Pakistan. K2 is the highest peak of Karakoram range, which is also the world’s second highest peak.