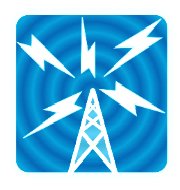 The Union Cabinet gave its approval to the spectrum sharing guidelines based on the recommendations of the Telecom Regulatory Authority of India (TRAI).
The decision is part of Union Government’s commitment to improve spectral efficiency and quality of telecom service across the country.
As per the TRAI guidelines

Implications: Presently, telecom operators are allowed to share passive infrastructure like mobile towers only. This decision will pave way for telecom operators to share their unused spectrum which in turn will enhance network quality and reduce operational costs.