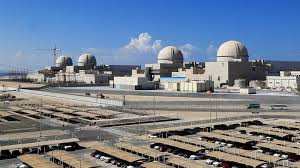 The United Arab Emirates has launched operations at the Arab world’s first nuclear power plant on the Gulf Coast to the east of Qatar. Nuclear fission has started in one of the four reactors at the Barakah plant, which uses South Korean technology.

This plant was expected to open in 2017 but the star-up got delayed repeatedly because of various safety issues. The oil-rich country is planning to make this meet a quarter of its energy needs as it shifts towards more sustainable energy sources.

This plant was developed by the Emirates Nuclear Energy Corporation and Korea Electric Power Corporation. Energy will be generated by 1400-megawatt pressurized water reactors, designed in South Korea, known as APR-1400. The International Atomic Energy Agency has also hailed this move by the Arab country because the plant has finally achieved its first criticality i.e. generation of a controlled fission chain reaction.

Other initiatives by the UAE

The UAE is investing heavily in solar power which is a plentiful energy source in the Gulf. The country is shifting to solar power since it is cleaner, cheaper and makes more sense in a region plagued by political tensions and terrorism. It has also recently sent a probe on a mission to Mars in a first-ever such mission by an Arab nation.