Status of Leopard in India 2018 Report 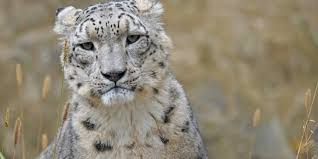 The Union Ministry of Environment, Forest and Climate Change recently released the “Status of Leopard in India, 2018” report.

Leopards are listed as “Vulnerable” in IUCN Red List of Threatened Species. Under CITES (Convention on International Trade of Endangered Species of Wild Fauna and Flora) they are listed under Appendix I. They are protected under Schedule I of the Wildlife (Protection) Act, 1972.

They are usually found in widely distributed and adaptable habitats. The Indian Subspecies Panthera pardus fusca is absent only in arid deserts and above timber line in the Himalayas. They are found in every type of habitat from rain forests to desert. They are also found in temperate regions.

The current Leopard estimation is limited to 2,600 metres altitude. They are distributed from Trans-Himalayas to Gangetic plains. In the desert regions of India, they are found in Mukundara, Sariska and Ranthambore.