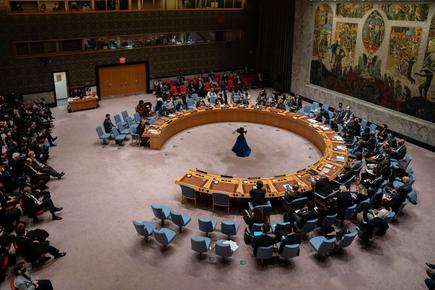 India abstained from a United Nations Security Council resolution sponsored by the United States that strongly condemned Russia’s aggression against Ukraine. India stated that discussion is the only way to resolve differences and issues, and expressed regret that diplomacy was abandoned.

Why did India abstain from the resolution?

India did not support the resolution’s strong language that was used in condemning the actions of Russia. Since India has key partners on both sides, i.e. the Western bloc led by the United States and Russia, it aims to maintain a balance between both of them. India has always tried to maintain a balance between both sides and had earlier abstained from a procedural vote regarding the discussion of the Ukraine issue.

India, without naming Russia, said that the recent turn of events is deeply disturbing. India has appealed for the cessation of violence, with PM Modi having had a telephonic conversation regarding this. One of India’s main concerns was about the Indian nationals stuck in Ukraine and the ways they can be rescued. India also addressed territorial integrity, sovereignty, and international law and highlighted its importance in the current global situation. India has advocated diplomacy by highlighting that dialogue is the only way forward. T S Tirumurti, India’s Permanent Representative at the UN laid out these points in front of the council.