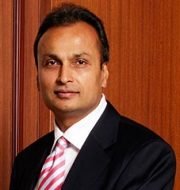 Anil Ambani led Reliance Group and French aerospace giant Dassault Aviation have signed deal to set up a joint venture called Dassault Reliance Aerospace.
The Dassault Reliance Aerospace will execute offsets for the recently concluded India-France deal for 36 Rafale fighter jets.
It will be the largest offset contract to be executed by any defence company in India. The contract value is estimated up to Rs. 30,000 crore.
Key Facts

Background
In September 2016, India and France had signed an Inter-Governmental Agreement (IGA) for 36 Rafale multi-role jets in fly-away condition worth €7.87 billion (about Rs. 59,000 crore). The deal has a 50% offset clause to be executed by Dassault Aviation and its partners in India. Through the offsets, government seeks to bring in much needed expertise to build the domestic defence and aerospace industry.