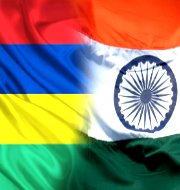 The Reserve Bank of India recently said that companies cannot set up Foreign Direct Investment from Mauritius. The apex bank has also banned FDI from jurisdictions similar to Mauritius as they do not comply with the norms set by Financial Action Task Force (FATF).

Mauritius was recently listed in grey list of the FATF.

Why did RBI ban the FDI from Mauritius?

Grey List consists of countries that support terror funding and money laundering. It serves as warning to the countries because they might enter into black list soon. When a country is unable to handle mushrooming of terror funding and money laundering, they will be put under black list. When a country enters Grey List of FATF, it faces the following problems

Black List countries are those that support money laundering and terror funding as that of the grey list countries. In addition, they Non-cooperative. In simple words, they refuse to cooperate at international groupings to fix solution to the problems arising due to terrorism in the country. These countries are called the Non-Cooperative Countries.

As of February 2020, only two countries were placed in Black List. They were North Korea and Iran.