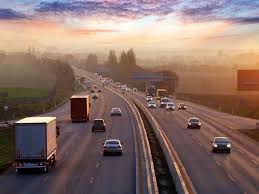 The third phase aims at consolidation of 1,25,000 km of connectivity that primarily aiming at rural links connecting Gramin Agricultural Markets. The funding pattern is set between the centre and state as 60:40. In the north-eastern states it is set as 90:10. Under the scheme, so far 53,491 rural road works have been completed under the scheme. This connects 97.27% of feasible habitations and adds up to 6 lakh kilometres of roads across the country.

The scheme has used waste plastic and cold mix technology to build major portion of roads. These green technologies have been used on 36,063 kilometres of road constructed under the Pradhan Mantri Gram Sadak Yojana.

The scheme was launched in 2000. It was completely funded by the central government. In 2015, under the recommendation of the 14th finance commission, the project was funded by both centre and state in the ratio 60:40.