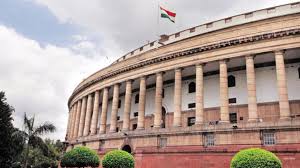 On September 23, 2020, Parliament passed the Taxation and other laws (Relaxation and Amendment of certain provisions) bill, 2020. It replaces an ordinance and will make few changes to direct and indirect tax laws. It was cleared in Rajya Sabha through voice vote. The bill was passed in Lok Sabha earlier.

What is the issue around PM CARES Fund?

A lot of concerns are being raised all over the country against the PM CARES Fund. The major issue around this fund is its transparency. When donations are being made by Government bodies from tax payer money, the public has a right to know where the money is being spent. In case of PM CARES fund, donations were made by the PSUs such as ONGC, NTPC, Power Grid Corporation, Indian Railways. However, the auditing of the funds and its spending is to be done by independent auditors and not CAG (Comptroller Audit General). This is the transparency issue around PM-CARES fund.

The Section 135 of Companies Act makes it mandatory to spend the Corporate Social Responsibility Funds towards the development of the respective local community in the areas where the corporate is located. However, PM CARES funds allows corporate to contribute CSR funds. Thus, it violates Companies Act.

The Companies Act also says that the CSR is mandatory to companies with annual turn over greater than Rs 500 crores. The CSR funds should be used by the companies to eradicate poverty, environmental sustainability, promoting education, reducing child mortality, promoting gender equality, improving maternal health, combating immune deficiency diseases such as malaria in the local communities.