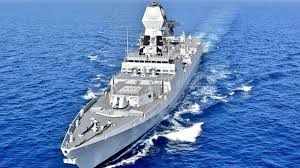 On July 8, 2020, Indian Navy culminated Operation Samudra Setu after bringing 3,992 Indian citizens back to their homeland. The operation was launched on May 5, 2020.

The operation lasted over 55 days. The Indian Naval Ships such as INS Jalashwa, INS Shardul, INS Airavat and INS Magar participated in the operation. The ships under the operation brought back Indian citizens from Maldives, Iran and Sri Lanka.

Operation Sagar is yet another mission similar to Operation Samudra Sedu. Under Operation Sagar, the Indian Navy was deployed to supply HCQ tablets, PPE (Personal Protective Equipment), ayurvedic medicines and other medicinal assistance to Mauritius, Maldives, Seychelles and Comoros. INS Kesari was deployed in the mission.

The Operation Sanjeevani was launched by Indian Air Force in April 2020. During the operation IAF air lifted 6.2 tonnes of medicines and hospital consumables and delivered to Maldives.