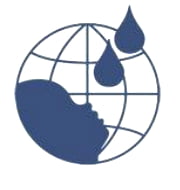 Every year, World Polio Day is celebrated on October 24. The day is celebrated to highlight the global efforts towards polio-free world. Also, the day encourages the use of polio vaccines.

According to WHO, the polio cases have decreased by 99% since 1988. In 1988, there were 350,000 reported cases. This has reduced to 22 reported cases in 2017. In 2020, three countries reported transmission of polio in the world. They were Afghanistan, Pakistan and Nigeria.

This year, the World Polio Day is celebrated under the theme

Theme: A win against Polio is a win for Global Health.

The Polio myelitis is an infectious viral disease. It gets transmitted from person-to-person through faecal and oral route.  Also, the disease gets transmitted through common source such as contaminated water.

The Global Polio Eradication Initiative was launched in 1988 by the World Health Assembly to eradicate polio worldwide.

India received polio free certification from the WHO in 2014. Elimination of Polio refers to reduction to zero of new cases of polio.

The other diseases that were eradicated in India are Leprosy and Yaws.

There are two types of vaccine to prevent infection. They are Oral Polio Vaccine (OPV) and Injectable Polio Vaccine (IPV). The OPV is given orally at 6, 10 and 14 weeks. Booster dose is given at 16-24 months of age. The IPV was introduces as third dose universal Immunization Programme.