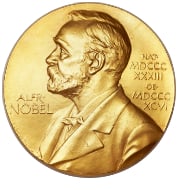 Who is Ales Bialiatski?

Ales Bialiatski instigated the democratic movement in Belarus in the mid-1980s. He founded the organization Viasna (Spring) in 1996 to oppose the controversial constitutional changes that gave Belarus President Alexander Lukashenko dictatorial powers. Over the years, this organization started recording and protesting against the government’s use of torture against political prisoners. Bialiatski was incarcerated recently for starting large-scale protest against the Lukashenko government in 2020 and still remains imprisoned without trail. In 2020, he received the Right Livelihood Award (Alternative Nobel) from Swedish Right Livelihood Foundation.

The Memorial was established in 1987 by human rights activitists of former USSR to commemorate the victims of the former communist regime’s oppression. As the largest human rights organization in Russia, it was involved in recording data on the political oppression and human right violations in the country. It is currently shut down and has been liquidated by the Russian Supreme Court.

About Center for Civil Liberties

Founded in 2007, the Center for Civil Liberties is working towards boosting democracy and human rights in Ukraine. It advocates for civic activism, public opinion, public policies and promotion of human rights. Following the Russian invasion, it is involved in the identification and documentation of Russian war crimes against civilians in war-hit Ukraine.