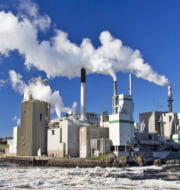 NASA scientists using a new satellite-based method have located 39 unreported and major human-made sources of toxic sulphur dioxide (SO2) emissions that cause pollution.
The unreported emission sources were found in the analysis of satellite data from 2005 to 2014. These sources are clusters of coal-burning power plants, oil and gas operations and smelters notably found in West Asia, Mexico and parts of Russia.
SO2 is a known health hazard and cause of acid rain. Currently, SO2 monitoring activities include the use of emission inventories that are derived from ground-based measurements and factors, such as fuel usage.
Key facts