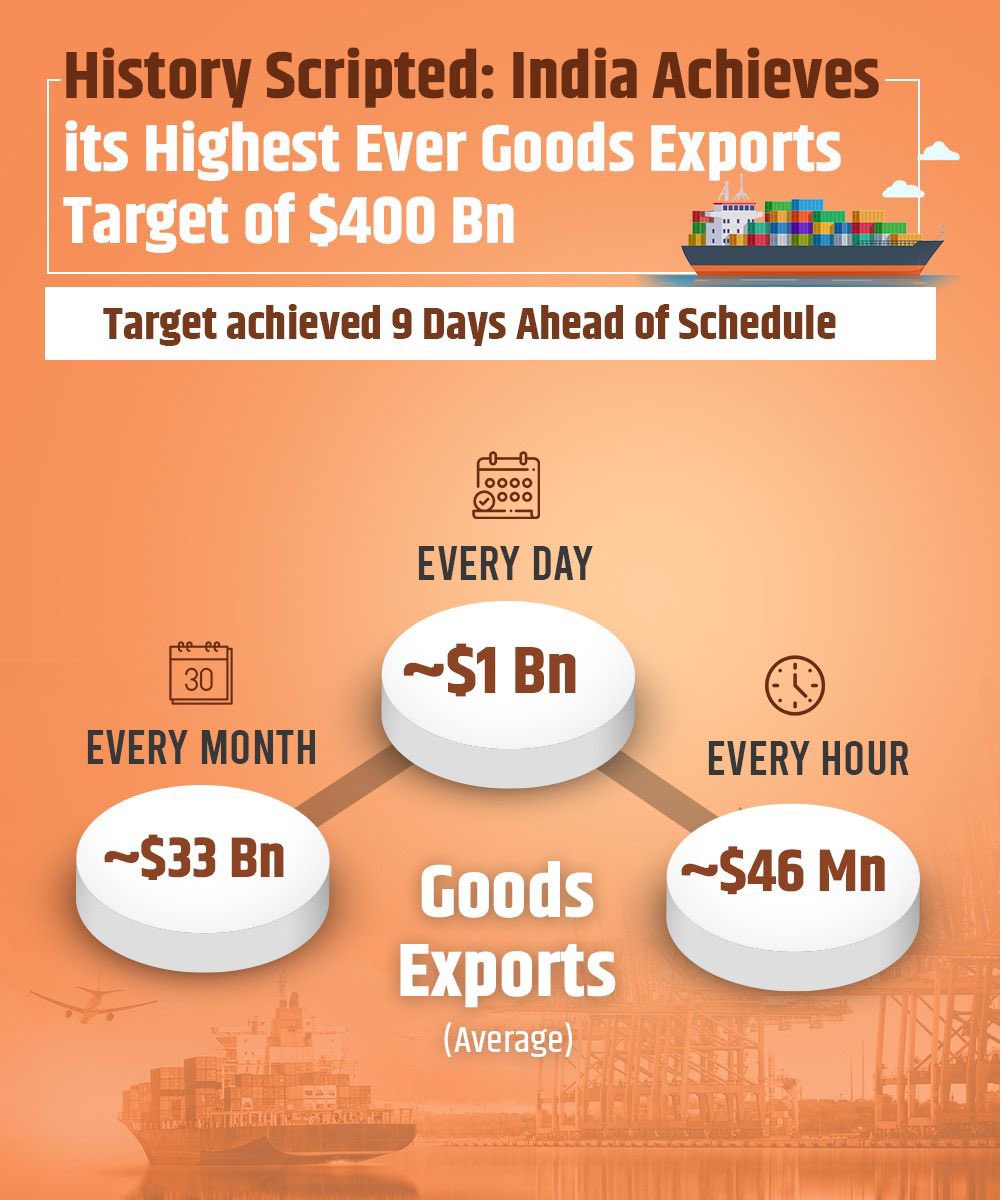 India’s exports crossed the USD 400 billion mark in a fiscal year. This is the first time India’s export has reached such heights.

Increase in the export of other types of goods

Engineering goods contributed the most. It grew at a nearly 50 percent rate and is expected to touch USD110 billion by FY2022’s end. By 42.8 percent the export of electronics goods rose. By 57.3 percent the jewellery and gems exports rose.

Due to a steady increase in the prices of crude oil, petroleum products exports rose by 147.6 percent.

Along with this inorganic and organic chemicals, meat, readymade garments, dairy products, and marine products saw an increase in exports.