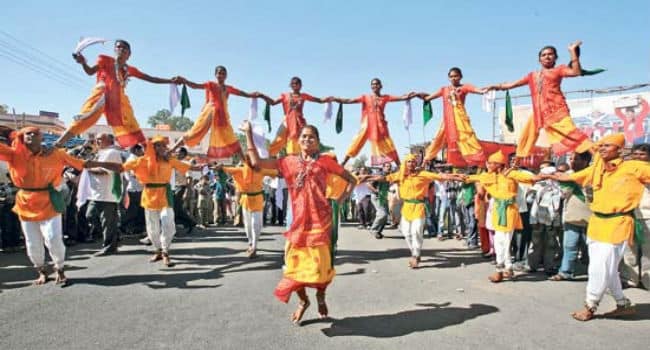 The famous Madhavpur Mela of Gujarat will be held at Madhavpur Ghed in Porbandar district on 2nd April 2020, a day after Ram Navami festival, where the eight states of the Northern Eastern region will participate.

To review the preparations for the mega festival, on 8th January 2020, a meeting was held where, The Union Minister of State (Independent Charge) for Development of North Eastern Region (DoNER), Minister of State for Prime Minister’s Office, Personnel, Public Grievances and Pensions, Space and Atomic Energy, Dr. Jitendra Singh with Secretary of North Eastern Council (NEC), Moses Chalai and senior officers of NEC also participated.

To popularize Mela, a multimedia campaign will be organized on 1st March 2020 which will mark the cultural combination of Gujarat with the North-east under the Ek Bharat, Shrestha Bharat announced by the Prime Minister Narendra Modi.

The week-long `Utsav’, will witness spectacular folk cultural performances and the cultural trail of art, dance, music, poetry, story-telling from the North-East with the aim to integrate the prosperous culture of the two regions.