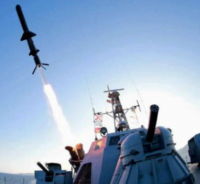 India has successfully flight tested Long Range Surface-to-Air Missile (LRSAM) from a warship off Odisha coast. The LRSAM successfully destroyed a low flying aerial target. This paves way for its deployment in the armed forces.

Features of the LRSAM

The important features of the LRSAM are:

LRSAM would be inducted in both Army and Navy after completion of its developmental trials.