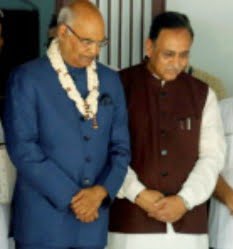 SAUNI project was launched by Prime Minister Narendra Modi during his tenure as Chief Minister of Gujarat. It aims to fill up 115 major dams in Saurashtra by diverting overflow of water from Sardar Sarovar Dam on Narmada River. It is an out-and-out irrigation and drinking water project designed solely for Saurashtra peninsula.
Its unique feature involves making pipe canals instead of conventional open canals which has led to no acquisition of land and involve less loss of water. It has network of canals comprising 1,125-km network of pipelines that will help to channel water into farms.