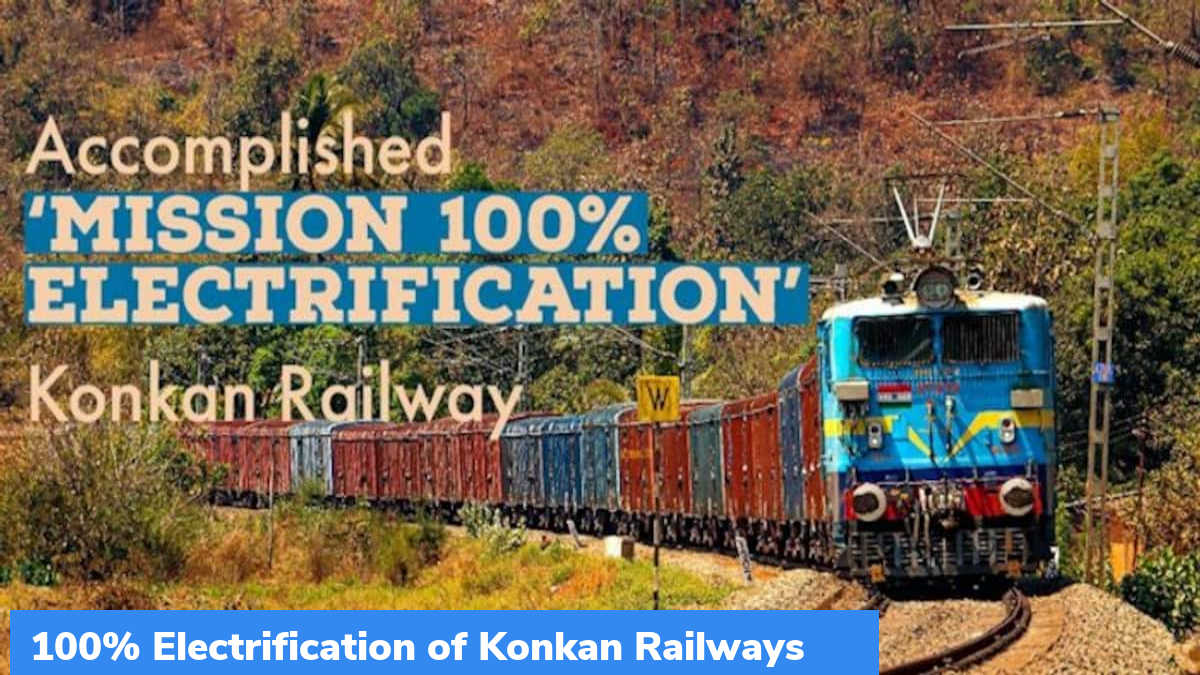 Prime Minister Narendra Modi is scheduled to dedicate 100% electrification of the Konkan Railway (KR) route to India. He will flag off trains on electric traction from Ratnagiri, Margao and Udupi through video conferencing.

Konkan Railway is operated by Konkan Railway Corporation. It is headquartered with at CBD Belapur in Navi Mumbai, Maharashtra. First passenger train ran on the Konkan railway tracks, between Udupi and Mangalore, on March 23, 1993. During initial years of operation, the mountainous Konkan region led to a number of accidents. It prompted Konkan Railway to implement new technology like Anti-collision devices, the roll-on/roll-off and Sky Bus.

KRCL is a public sector undertaking, with headquarter in Navi Mumbai. It operates the Konkan Railway. It also undertakes other railway-related projects. KRCL started the full operations of trains on January 26, 1998. It is at the forefront of research and development of new concepts and technologies for Indian railways.