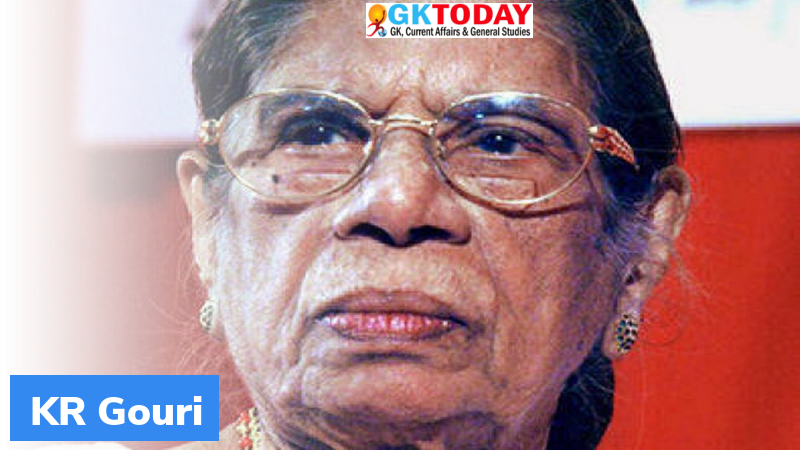 A former minister and an old-time communist leader K R Gouri Amma passed away in Thiruvananthapuram.

She was born on July 14, 1919 in Alappuzha district. She studied law. Later she became a member of Communist Party of India. She played a leading role in fighting for the rights of unprivileged sections and labourers.

She was subjected to physical torturing by police for a number of times.

In 1948, she contested against Thiru-Kochi from Thuravur constituency. Unfortunately, she lost the elections. However, she won in the elections held in 1952 and 1954.

In 1957, when the first election to Kerala Assembly was conducted, Gouri Amma successfully contested and became the first revenue minister of the state.

She had contested 17 elections in her life. And had won 13 of them.

She played a major role in several reformative legislations passed. It includes the Lands reforms act. The act was enacted against the expulsion of landless from government land.

When the communist party split, Gouri Amma stood with the reformists. On the other hand, her husband chose not to leave the CPI.

In 1994, Gouri Amma was ousted from the CPM due the difference of opinion in leadership. She thus formed her own party called the Janathipathya Samrakshana Samithi. She then aligned with the Congress led United Democratic Front and became a minister.

In 2016, due to difference of opinion in leadership, she left UDF.