IRDAI allows Banks to tie up with insurers 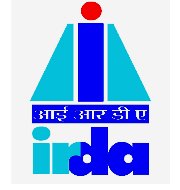 The Insurance Regulatory and Development Authority of India (IRDAI) has allowed banks to tie up with insurers.
This decision was taken as part of the IRDAI’s new Bancassurance model guidelines which will be notified soon. Prior to this decision, banks were not allowed to  have insurance agency tie-ups with more than one insurer.
As per new decision banks can tie up with nine insurers from three segments viz. life, non–life and standalone health. It will not be binding on banks and they are free to take their call.
Earlier, IRDAI had constituted a 7 member committee to study the reviewing of the existing architecture of the Banacassurance model.