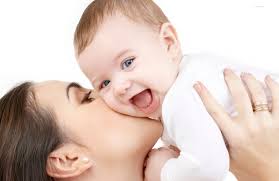 The registrar general of India has released new data showing significant decline in maternal mortality ratio of the country. The relevant facts and data are as follows:

According to WHO, Maternal Mortality is death of a woman while pregnant or within 42 days of termination of pregnancy, irrespective of the duration and site of the pregnancy, from any cause related to or aggravated by the pregnancy or its management but not from accidental or incidental causes. Maternal Mortality Rate is death of such women per 100,000 live births. Maternal and child mortality and morbidity are taken as important health indicators because they reflect the state of female healthcare.

Maternal Mortality Rate in India and its states

In the 2011-13 period, India’s MMR was 167. As per the recently released data, the MMR during 2014-16 period stands at 130.
Among states, the three best and worst states and their respective MMR are shown below:

Significant decline (246 to 188) was seen in the so called Empowered Action Group (EAG) states and Assam. EAG states are are those states where economic and development indicators are a particular concern. Such states include Bihar, Chhattisgarh, Jharkhand, Madhya Pradesh, Odisha, Rajasthan, Uttarakhand and Uttar Pradesh.
Maternal Mortality Ratio is one of the important measures of the quality of safe deliveries and maternal care and India has lagged behind China, Maldives and Sri Lanka in its neighborhood.