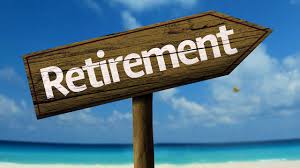 Top three countries in 2017 GRI are Norway, Switzerland and Iceland. India ranks 43rd and has the same score compared to 2016 GRI. India

also ranks the lowest among the BRIC economies.
India’s rank in all sub-indices is also in the bottom five. India position in all sub-indices is Material Well-being (41st), Health (43rd), Finances (39th) and Quality of Life (43rd).
India has the lowest income per capita of all countries in the GRI. Additionally, its score for the income equality indicator has declined compared to 2016 GRI. It has the lowest scores for all indicators within the sub-index including in insured health expenditure compared to 2016 GRI.
India ranks first in old-age dependency, second in tax pressure and sixth in interest rates. Interms of governance indicator India ranks as the fifth worst among all countries in the GRI. It also has the tenth-lowest score for the bank non-performing loans indicator. India ranked last in the Quality of Life sub-index.
India’s environmental factors indicator has improved due to progress in CO2 emissions per GDP. But it still ranks in bottom for happiness, water and sanitation, and air quality as well as scores second-worst for biodiversity and habitat among all GRI countries.