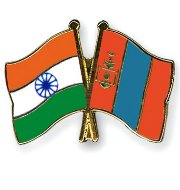 The eleventh edition of India-Mongolia joint military training Exercise ‘Nomadic Elephant – 2016’ has commenced at Mongolia.
It seeks to promote military associations between India and Mongolia. The first joint exercise was held in 2004 and since then it is annually held.
Key facts