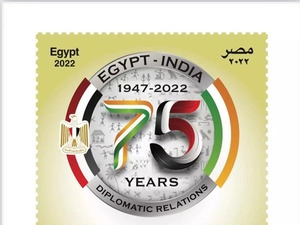 Egypt is one of the largest investment destinations for India in the region with the current Indian investment of USD 3.15 billion. In addition, there are 50 Indian companies operating in Egypt, making a total investment of $3.15 billion and creating 38,000 jobs. They are in the clothing, agriculture, chemical, energy, automotive and retail sectors.

India-Egypt bilateral trade reached a historic record high of USD 7.26 billion in FY 2021-22, an increase of 75% over FY 2020-21. Currently under the 5th India-Egypt Joint Business Council meeting, both sides have set an annual bilateral trade target of USD 12 billion to be achieved within 5 years.