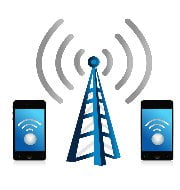 According to recently released report-ICT Facts and Figures 2017, India and China are home to 39% of the 830 million young people worldwide who use the Internet.
The report was released by International Telecommunication Union (ITU), the United Nations specialised agency for Information and Communication Technologies (ICTs).

Great strides are being made in expanding Internet access through the increased availability of broadband networks. Digital connectivity plays a critical role in bettering lives, as it opens the door to unprecedented knowledge, financial and employment opportunities for billions of people worldwide
There has been significant increase in broadband access and subscriptions, with China leading the way. Youths (15-24 years old) are at the forefront of Internet adoption.
Least Developed Countries (LDCs): Up to 35% of individuals in LDCs are using the Internet are aged 15-24, compared with 13% in developed countries and 23% globally. LDCs saw the highest growth-rate of mobile broadband subscriptions between 2012 and 2017. Despite this, the number of mobile subscriptions per 100 inhabitants in LDCs is the lowest globally at 23%.
Fixed-broadband subscriptions: It has increased by 9% annually in the last five years with up to 330 million subscriptions added. There has been an increase in high-speed fixed broadband subscriptions parallel to the growth in the number of fibre connections. Most of these subscriptions were in developing countries accounting for 80 % of all fixed-broadband subscriptions.
Mobile broadband subscriptions: It has grown more than 20% annually in the last five years and is expected to reach 4.3 billion globally by the end of 2017.
Internet user gender gap: It has narrowed in most regions since 2013. The proportion of men using the Internet remains slightly higher than the proportion of women using the Internet in two-thirds of countries worldwide. In 2017, the global Internet penetration rate for men stands at 50.9% compared to 44.9% for women.
International Internet bandwidth: It grew by 32% between 2015 and 2016, with Africa registering an increase of 72% during this period, the highest of all regions.
Global telecommunication revenues: It declined by 4% from US $2.0 trillion in 2014 to $1.9 trillion in 2015. Developing countries, which are home to 83% of the global population, generate 39% of the world’s telecommunication revenues.

ITU is the UN specialised agency for information and communication technologies (ICTs). It has 193 countries as its members and also 800 private-sector entities and academic institutions. It is headquartered in Geneva, Switzerland.
ITU is responsible for allocating global radio spectrum and satellite orbits. It also develops the technical standards that ensure networks and technologies to seamlessly interconnect. It also strives to improve access to ICTs among the underserved communities worldwide.