How does the JioFiber work? 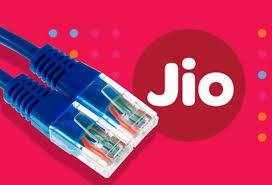 The JioFiber is the latest technology offering by the Jio Group of Reliance. As per a statement put out by the Reliance Group, the JioFiber supports a superior internet experience to let the users explore the Digital world to the fullest. The JioFiber is a futuristic technology which will allow the ultimate broadband experience of surfing, streaming, gaming and work.

Advantages of JioFiber over others

Compared to other networks, the JioFiber will provide a faster Internet connection to all the users opting for it. Given the modern times, all business which will be transacted over the internet, internet speed is the key.

JioFiber will allow for the ultra-fast download and upload speeds which will enable the use of UHD, Video conferencing. This will improve the ability of a business to conduct their business over the internet.