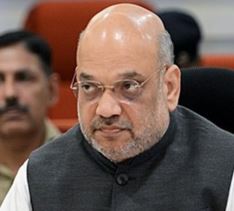 Emergency Response Support System (ERSS) is a flagship initiative of the Union Ministry of Home Affairs under Nirbhaya Fund.

The system provides for a single emergency number 112. Citizens can send their emergency information through call, sms, email and through the 112 India mobile app.

The initiative aims to strengthen proactive community policing by ending confusion amongst distress callers as there were more than 20 numbers that were running for the help of the public for various emergency situations.

The government is further planning to integrate Number for Road Accidents (1073), Women Helpline (1091, 181), Child Help Line (1098), including other Helpline services under the 112 unified emergency response number.

E-Beat Book is a web and mobile-based application which eases the collection, updation and analysis of the information related to crime and criminals in a real-time.

Chandigarh has been divided into 54 divisions. There would a Beat Officer for each division who can operate the app using the Android phone.

The E-Beat Book is also linked with Crime and Criminal Tracking Network & Systems (CCTNS), which would help in a real-time updation of crime/criminal data.

‘E-Saathi’ App aims to help the general public, including senior citizens, to remain in touch with the police and also give suggestions to facilitate participative community policing under the Your Police at Your Doorstep initiative.