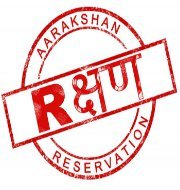 The Gujarat high court has quashed 10 percent reservation quota for the economically backward classes (EBCs).
In this regard, the Court has declared The Gujarat Unreserved Economically Weaker Sections (Reservation of Seats in Educational Institutions in the State and of Appointments and Posts in Services under the State) Ordinance, 2016 unconstitutional.
Key Facts

Background
In May 2016, the Gujarat Government had announced to implement 10 percent quota in admission for students belonging to EBCs with effect from the academic year i.e. 2016-17. This quota was additional to the existing reservations for SCs, STs and OBCs. It had exceeding the cap set by the Supreme Court.