Government Informs LIC is not being Privatized 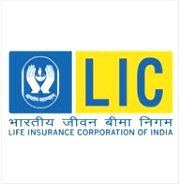 The Central Government has informed the Lok Sabha on March 15, 2021 that, the Life Insurance Corporation of India (LIC) is not being privatized.

This information was provided by the government in a reply to a supplementary question during the Question Hour in Lok Sabha. The Minister of State for Finance, Anurag Thakur, also stated that the government will be bringing the Initial Public Offer (IPO) to bring in transparency and valuation. He also replied that, the IPO will increase the investment in LIC. The decision regarding the percentage for shareholders will be taken later.

IPO is also called as the stock market launch. It is a public offering where the shares of company are sold to the institutional investors. It can also be sold to the retail (individual) investors. The public offering is underwritten by one or more investment banks. These banks also arrange the shares which are listed on one or more stock exchanges. Through this process a privately held company is transformed into the public company. This mechanism can be used to raise new equity capital for the companies. It can also monetize the investments of the private shareholders like company founders or private equity investors.

LIC is an Indian government owned insurance and investment corporation. It was established on September 1, 1956. The company was established by the Life Insurance of India Act. This act nationalized the insurance industry across India. The state-owned LIC was created by merging over 245 insurance companies and provident societies.