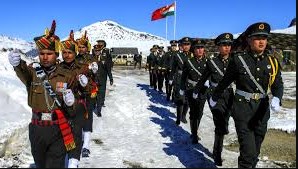 Geneva Conventions are a set of principles that outline norms for combatant behavior during a war.

The Geneva Conventions are ratified by 196 countries, including all member states on United Nations. However, three additional Protocols are not ratified by all countries. For example, the third protocol is only ratified by 79 countries. Further, in 2019, Russia withdrew its declaration under Article 90 of Protocol 1.

Wounded and sick soldiers on land during the war are protected under this Convention. It also extends to medical & religious personnel. There is a draft agreement relating to hospital zones.

Wounded, sick, and shipwrecked military personnel at sea during the war are protected under this Convention. Hospital ships and medical transports by sea are also covered.

It applies to prisoners of war (POW). This convention mentions various general protections such as humane treatment, equality across prisoners, conditions of captivity, evacuation of prisoners, food, clothing, hygiene, etc. The right to religious, intellectual, and physical activities of prisoners is also covered under this convention.

It protects civilians, including those in occupied territory. The other three Geneva Conventions were concerned mainly with combatants. But World War II demonstrated the importance of protecting civilians during wartime.

The 2022 Russia-Ukraine war has once again put the spotlight on the Geneva conventions, especially the fourth Convention.