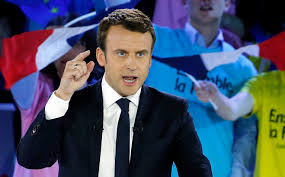 The French President Emmanuel Macron recently announced a referendum to add the fight against climate change into the French Constitution. Also, the need to preserve the environment is to be added.

What is a Referendum?

The concept of Referendum existed in France since the French Revolution. According to 1958 French Constitution, the referendum can be organised in several situations such as constitutional revision, passage of law and entry of a state into the European Union.