EU to extend sanctions on Russia for six months 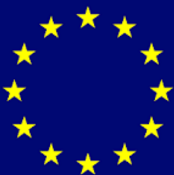 EU has agreed to extend economic sanctions on Russia for another six months at the one-day summit held in Brussels. The main reason for extending sanctions was Russia’s failure to abide by the Minsk agreements on Ukraine. This decision has been taken amid growing pressure from investors and energy interests in Europe to roll back the sanctions on Russia. The sanctions would apply to Russia’s defence, energy and financial sectors. EU has been slapping Russia with sanctions after Russia annexed Ukraine’s Black Sea peninsula of Crimea in 2014. From then on, the sanctions were extended six months each time as Russia has announced that it has no intention of giving back Crimea. Russia-backed separatist rebellion in Ukraine’s industrial east has killed more than 10,000 people to date. Ukraine has welcomed the extension of sanctions. The conflict in east Ukraine has not yet been resolved despite peace mediation by Germany and France.