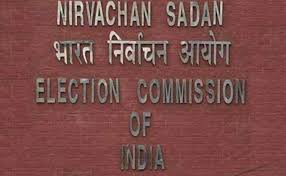 Election Commission of India (ECI) is hosting 4th General Assembly of Association of World Election Bodies (A-WEB) at Bengaluru, Karnataka from 2 to 4, September, 2019. At the same time, India will take over as A-WEB’s Chair for 2019-21 term.

It will be presided by Chief election commissioner Sunil Arora. Its deliberations includes discussions on challenges and furthering partnership among election management bodies (EMB) and programmes to be undertaken by A-WEB in 2019-20. It will see participation of over 120 participants from 50 countries in various A-WEB events. It is said to be the largest congregation of EMB delegates in India.

It is the largest and first global association of Election Management Bodies (EMBs) worldwide. It was established in 2013 in Song-do, South Korea.. Its permanent secretariat is located at Seoul, South Korea. At present, it has 115 EMBs as Members & 20 Regional Associations/Organisations as Associate Members.

Under the slogan of ‘Democracy to Grow for All Worldwide’, its secretariat provides-

(i) Training programs for election officials of member nations