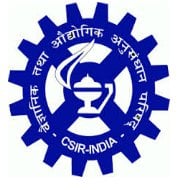 Both the students developed gas saving kit. This kit would enable a family of four to source hot water for bathing as well as cooking food simultaneously. It will also allow water to flow through a copper coiled frame which have been kept over a flaming stove. In the process, water flowing through the outlet pipe is heated.

CSIR was established in September 1942 by the Government of India as an autonomous body. It is the largest research and development organisation in India. It is mainly funded by the Ministry of Science and Technology. However, it operates as an autonomous body under the Societies Registration Act, 1860. The research and development activities the organisation comprises of structural engineering, aerospace engineering, ocean sciences, chemicals, mining, life sciences, metallurgy, food, leather, petroleum, and environmental science.