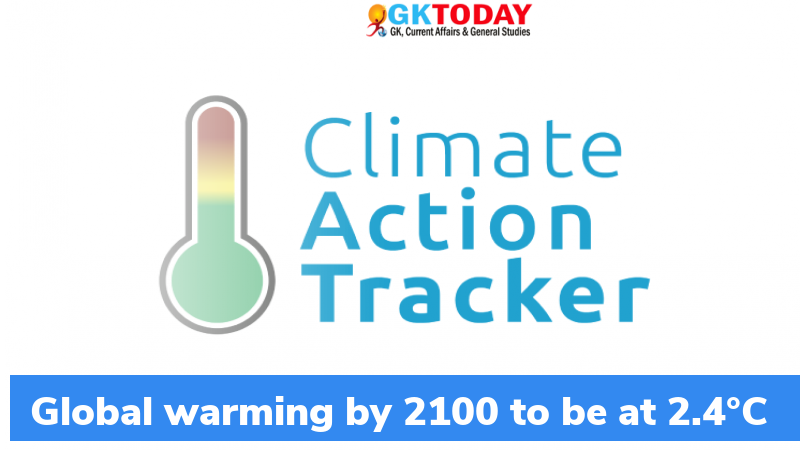 The Climate Action Tracker recently released a report calculating the impacts of the recent US Climate Summit. According to the report, even after implementing the ambitious climate goals of the summit, global temperature will increase by 2.4°C by 2100 as compared to that of pre-industrial levels.

The Climate Action Tracker prior to the summit had predicted that the global temperatures are to increase by 2.6°C.

Analysis of the report

According to the report, most of the countries are lagging behind their stated climate targets. At this pace, the global temperature will increase by 2.9°C by 2100. Thus, the countries should increase their voluntary emission targets under the Paris Agreement before Glasgow summit. The Glasgow Summit, COP26 is to be held in November 2021.

According to the United Nations Intergovernmental Panel on Climate Change (IPCC), the world will face severe impacts if the global temperature increases beyond 1.5°C. If this happens, all Himalayan glaciers will vanish, global water stress will double, all coral reefs will die, widespread habitat destruction, extreme summer heatwaves. Above all more than ten million people will be affected by global sea level rise.

It is an independent scientific analysis that tracks climate actions of governments. It then measures it against the Paris Agreement. It is a collaboration of two organisations, New Climate Institute and Climate Analytics.