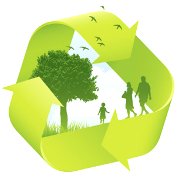 On January 21, 2020, the Carbon Disclosure Project, an annual report on carbon reduction activities of different countries and their firms was released by a non-profit organization Global Reporting Initiative. According to the report, the countries were ranked based on their corporate responsibilities of carbon reduction. In order to assess the role played by them, their science-based targets were weighed.

According to the report, 58 Indian companies disclosed their environment related activities to the organization. Based on their disclosure, the report concludes that 98% of the top Indian companies have now formed committees to address climate related issues. The change has been witnessed between 2018 and 2019.

United States topped the list with 135 companies being transparent in their disclosure. Followed by US, Japan ranked second with 83 companies. On the third, fourth and fifth ranks were UK (78), France (51) and India (38) respectively.

The report said that, over 6,900 companies have so far disclosed their data through Carbon Disclosure Project. This contributes to 55% of world capitalization.

The Global Reporting initiative helps businesses, organizations and governments to understand the impacts of climate change, corruption and human rights.