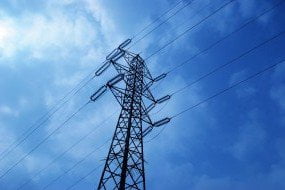 The Union power ministry has sent the proposed Electricity (Amendment) Bill, 2021, for the inter-ministerial consultation.

The bill was also sent to the law and justice ministry for its critical examination and evaluation. After the cabinet approves the bill, it will be introduced in the current session of parliament with the aim of passing it in the same session.

The amendments proposed through the bill aims to de-license the power distribution and increase competition among them. The bill is being regarded as the next-generation power sector reforms across the country. The amendment bill was proposed in line with what Prime Minister Narendra Modi said with respect to the electricity suppliers. The prime minister had said that the electricity consumers should be able to choose their supplier like the retail commodity. The amendments also propose to appoint a member with the legal background to every electricity regulatory commission. It also seeks to strengthen the Appellate Tribunal for Electricity. The electricity regulator will spell out the penalty for not meeting the renewable purchase obligations. These obligations require the power distribution companies (DISCOMS) to buy fixed amount of renewable energy in order to reduce their reliance on the fossil fuels. The bill might also prescribe the rights and duties of the power consumers in line the government’s plan of ensuring round the clock supply.

The framework to allow the consumers to choose their electricity suppliers was proposed in the Union budget 2021-2022.