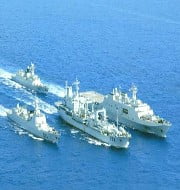 The Indian Armed forces conducted a large-scale tri-service joint amphibious exercise AMPHEX – 21 in Andaman and Nicobar group of islands in between 21 to 25 January 2021.

Significance of such exercises

Such exercises help in keeping the check on the preparedness of all the agencies to deal with any threat and enhance the coastal security. These exercises become more significant in the light of 1993 Bombay Bombings and the 2008 Mumbai Attacks that took place because of unsecure maritime border.