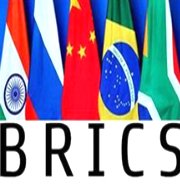 The 11th BRICS Summit has been scheduled to be held in Brasilia, Brazil, from 13 November 2019. The theme of the BRICS summit this year is “Economic Growth for an Innovative Future.” This will be the sixth time that Prime Minister Narendra Modi will be participating at the BRICS summit. The first BRIC Summit was held in Russia in 2009.His first BRICS summit was at Fortaleza in Brazil in 2014. BRICS brings together five major emerging economies comprising 42 percent of the world’s population, having 23 percent of the global GDP and around 17 percent of the share and world trade.