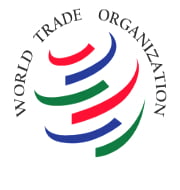 The World Trade Organization has not been able to select a caretaker chief due to an impasse among the members who must agree by November on a replacement for the outgoing Director-General Roberto Azevedo. It has been reported by the organization based in Geneva, Switzerland.

The WTO is unlikely to able to fill the leadership position within the stipulated timeline since the US is insisting on a US candidate for the post whereas the other countries are not ready to concede to this demand. The interim chief is normally one of the four deputy directors-generals of the organization, who are from China, Nigeria, Germany and the US but due to the ongoing situation, they are going to stay in their existing roles only.

The present DG is supposed to retire by the end of August whereas the new leader should be appointed by November 7. He has decided to retire early since he wanted to give enough time to his successor to prepare for the next WTO Ministerial Meet in 2021. It was initially scheduled in June this year but had to be postponed due to the COVID 19 pandemic.

Highlights of the Competition

There are a total of eight candidates who are competing for the permanent post of the Director-General and they are from Egypt, Kenya, the Republic of Korea, Mexico, Moldova, Nigeria, Saudi Arabia and the UK. However the issue at hand is regarding the selection of an acting DG and though this was supposed to be non-controversial, due to the insistence of the US and opposition from other members from the EU and China, the process has hit a roadblock.

The world body has decided to continue with the present arrangement of four Deputy DGs who will look after the affairs of the institution as per their mandate. The process of selection of the full-time DG will be over by November.