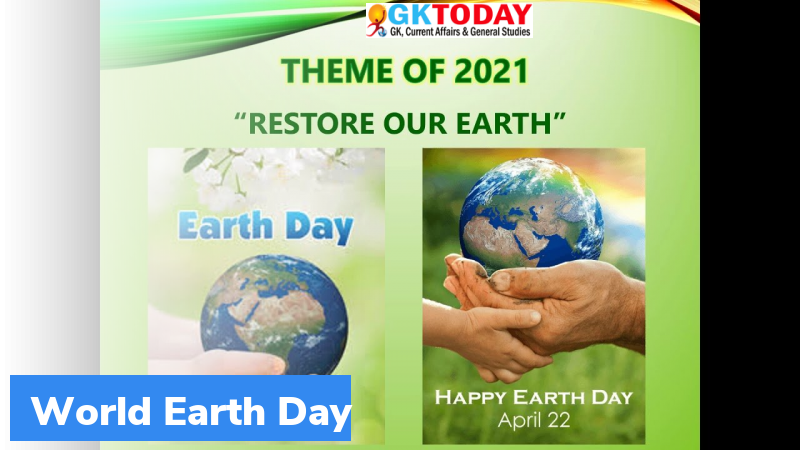 In 1969, the Peace Activist John McConnell proposed to celebrate World Earth Day to honour the earth. It was first proposed to be celebrated on March 21, 1970, which is the first day of spring in the northern hemisphere.

On the World Earth Day, in 2016, the landmark Paris Agreement was signed by China, United States and other 120 countries.

This year, US President Joe Biden has invited leaders of forty top economies of the world including Indian Prime Minister Narendra Modi and Chinese President Xi Jing Ping to the Leader’s Summit on Climate. The virtual meet is to be held on World Earth Day.

This year, in 2021, the World Earth Day is celebrated under the following the theme:

The World Earth Day celebrations are organised by Earth Society Foundation. It was founded by John McConnel.

The Peace Bell is rung twice or thrice a year. Once during the celebrations of World Earth Day that falls on April 22.

It is also rung on Equinox Earth Day. The Japanese Peace Bell was donated to the United Nations by Japan.

Apart from these days, sometimes it is also rung on every opening day of the United Nations General Assembly yearly session. This is usually held in the month of September.