Why the Economic Slowdown is taking place? 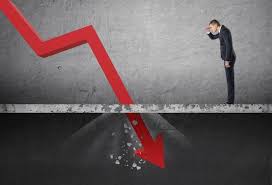 The release of the first-quarter data for the financial year 2020 came as a rude surprise to economists and policy planners in the country. Due to a fall in private consumption growth and investment rate, GDP growth has fallen to barely 5% while Nominal GDP growth has reduced to 8%. This fall in GDP has come at a time when the country is already battling a slowdown in the auto manufacturing, construction and FMCG sectors. These sectors are some of the most employment-intensive sectors in the country and fall in production means that several job losses are taking place.

Is the economy in a recession?

No, while the world is staring at an economic recession, fortunately for India, the economy is growing though only at a rather subdued rate. This is however not good for a nation like India which needs a high growth rate to provide a sustainable economic environment for its large population.

Why is a slowdown taking place?