Who was Udupi Ramachandra Rao? 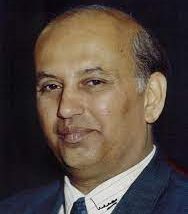 The tech giant Google is celebrating the 89th birthday of renowned Indian professor and scientist Udupi Ramachandra Rao on March 10, 2021 through its “Google Doodle”. The doodle features a sketch of Professor Rao and having a background of Earth and shooting stars to mark his contributions in the space arena.

Who was Udupi Ramachandra Rao?

Udupi Ramachandra Rao was an Indian space scientist. He also worked as the chairman of Indian Space Research Organisation. The scientist was also the Chairman of Governing Council of Indian Institute for Space Science and Technology (IIST) at Thiruvananthapuram, Physical Research Laboratory at Ahmedabad and Nehru Planetarium at Bengaluru. He is remembered as the “India’s Satellite Man”. He died in the year 2017. He was born in a village of Karnataka on March 10, 1932. He started his career as a cosmic-ray physicist and as a protege of Dr Vikram Sarabhai who is regarded as the father of India’s space program. He then worked as a professor and conducted experiments on Pioneer and Explorer space probes of NASA. He returned to India in 1966 and lead the 1975 launch of India’s first satellite called “Aryabhata”. This satellite is one among 20 satellites the professor developed. The satellite transformed the rural India by providing advanced communication and meteorological services.

Professor Rao was awarded with the Padma Bhushan by Government of India in the year 1976, and he was conferred with the Padma Vibhushan in the 2017. Professor was inducted into Satellite Hall of Fame, Washington in March 2013 at the ceremony organised by the Society of Satellite Professionals International. Thus, he became the first Indian to be inducted into Satellite Hall of Fame. The professor was also inducted in International Astronautics Federation (IAF) in May 2016 and became the first Indian again to achieve this honour.