US bans transactions with TikTok and WeChat 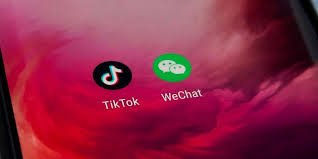 The US President has issued a couple of executive orders that would ban any US transactions with the Chinese companies that own TikTok and WeChat as the country is interested in aggravating the measures in the interest of national security.

What will the ban imply?

This order prohibits any kind of transaction by any person or with respect to any property, subject to the jurisdiction of the United States, with the companies TikTok and WeChat. This will take effect in the next 45 days.

Why is this ban imposed?

The video-sharing app has been under question due to national security concerns. It has been alleged that the company is involved in stealing data from the users and that data is shared with the Chinese Authorities. This also involves the apprehension that during the war, the Chinese company will have to share information with the government, as per a law passed by the Chinese government. For WeChat, the issue lies in the fact that it connects the US and China.

These two countries have been arguing with each other regarding trade issues. They had imposed taxes on imports from each other’s countries. Then the US has blocked some companies of China from doing business in that country and China has also retaliated through counter-bans on various US companies. The US has also made its allies ban Chinese companies from their countries such as the ban on Huawei by the UK.