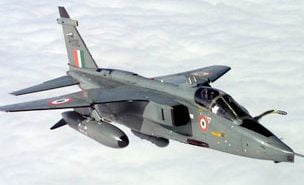 Earlier during the Indian Air Force Day on the 8th of October 2019, Rakesh Kumar Singh Bhaduria (Chief- India Air Force) stated about the plans for procuring additional aircraft. Now, following the clashes and intense faceoff along the Line of Actual Control over the last couple of months the proposal for procurement is likely to get its final approval next week. As per media reports, a fast track purchase of 21 additional MiG 29 and 12 Sukhoi Su-30 MKI fighter jets with an estimated cost of around Rs 6,000 crore is likely to be made, though the delivery of the fighter jets may take a couple of years from the date of purchase. Since the 2017 Rafael deal, this combined 33 fighter jets will be first to be ordered for the Indian Air Force. India has purchased a total of 36 Rafael fighter jets from French company Dassault Aviation at a cost of around Rs 58,000 crore.

Indian Air Force has already three Squadrons of MiG 29 fighter aircraft in service. Russian company Mikoyan is the manufacturer of MiG 29 aircraft. All equipment and radar of the newly procured fighter jets will be as per the latest standards.

Boost to ‘Make in India’

Apart from the Su-30 MKI fighter jets to be manufactured by HAL, the Bengaluru based Indian state-owned company is likely to get the biggest ever Make in India project for an order of 83 Tejas Light Combat Aircraft Mk 1A this year. The order is estimated to be valued at around Rs 38,000 crore.