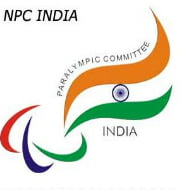 The Union Sports Ministry has granted recognition to Paralympic Committee of India (PCI) after the International Paralympic Committee (IPC) announced temporary lifting of suspension on it.
This recognition gives a huge confidence boost to the several para-athletes who have qualified for 2016 Rio Paralympics.
The IPC had suspended PCI in April 2015 due to internal conflicts between different groups and persons, which were undermining the development of Paralympic Movement in India. Due to suspension, Indian para-athletes were not allowed to participate in any IPC-sanctioned competition, including 2016 Rio Paralympic Games.

About Paralympic Committee of India (PCI)

The Ministry of Sports has launched the Fit India Freedom Run Event, a country-wide event that promi...

The Sports Minister, Kiren Rijiju, has chaired the first General Council Meeting of the Khelo India ...

The Sports Ministry is all set to establish Khelo India State Centres of Excellence (KISCE) under th...

The French government announced that the 2020 edition of the world’s most famous cycling race, Tou...