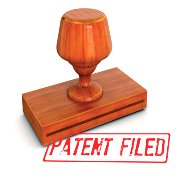 Union Government has opened a special Tatkal like window to expedite examination process of patent applications by start-ups as well as of entities choosing India for filing the first patent.
In this regard, the Department of Industrial Policy and Promotion (DIPP) has as amended patent rules.
Under the new rules

The new rules were made as per the India’s first National Intellectual Property Rights (IPR) policy which was unveiled earlier in May 2016. The policy seeks to focus on issues like expediting approval processes involving patents or trademarks and consolidating institutional mechanisms to create a robust IPR eco-system.