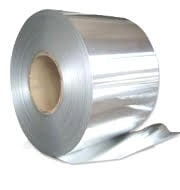 Union Government has notified a 20 per cent provisional safeguard duty on certain categories of the steel products in order to protect the domestic steel sector with an immediate effect.
The domestic steel industry is grappling with problems of low demand and facing competition from sudden surge in cheap imports.
The notification on provisional safeguard duty was issued by Union Finance Ministry and it will continue for 200 days.
This decision was taken based on earlier recommendation of the Directorate General of Safeguards (DGS) to impose the duty to protect interests of the domestic industry. DGS has recommended that the market share of domestic steel producers has been declining since 2014 and is likely to fall from 45 per cent to 37 per cent in 2015-16.
It should be noted that safeguard duty is a World Trade Organisation (WTO)-compatible temporary measure to avert any damage to a country’s domestic industry from cheap imports and is brought in for a certain timeframe.